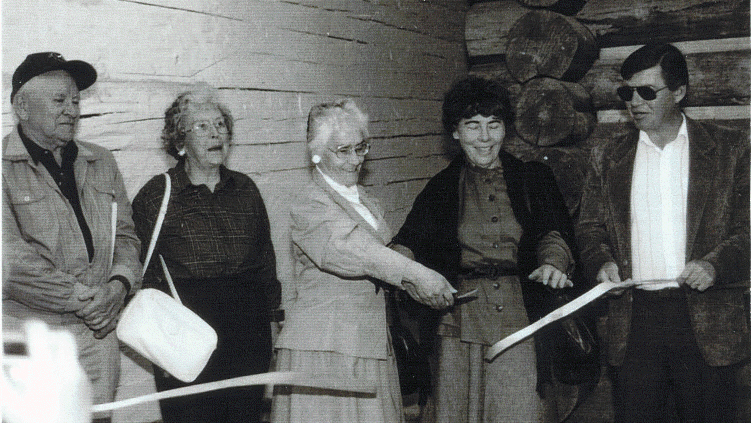 While Huble Homestead provides visitors with a glimpse of life in northern BC over a century ago, the historic site itself is only 30 years old!

In the early 1980’s, it was proposed that the Huble House be preserved by relocating it to Prince George as a storefront at the Old Fort Brewery. Salmon Valley and Summit Lake residents were opposed, feeling that the building would lose historic significance if moved from its original location. In 1983, the Giscome Portage Historical Society was formed and started work alongside the Regional District of Fraser Fort George to ensure dreams of an historic site became reality. In the years that followed, the Huble house was restored and barns and cabins were recreated.

All of the hard work paid off in September 1989 when Huble Homestead officially opened to the public. Opening day activities included games and races, contests, and old-fashioned costumes. This celebration evolved into our longest running event, Homestead Days.

Since 1989, the site has continued to be developed with the Seebach & Huble General Store being rebuilt in 1997 and a First Nations fish camp was constructed in partnership with the Lheidli T’enneh in 2005. In 2012, the old trapper’s cabin was relocated and set up to represent Ed Seebach’s cabin. Each of these changes helps depict what this area would have looked like over 100 years ago as Huble Homestead continues to grow and develop as an historic site. We look forward to what the next 30 years may bring!

The Heritage Tree
Scroll to top