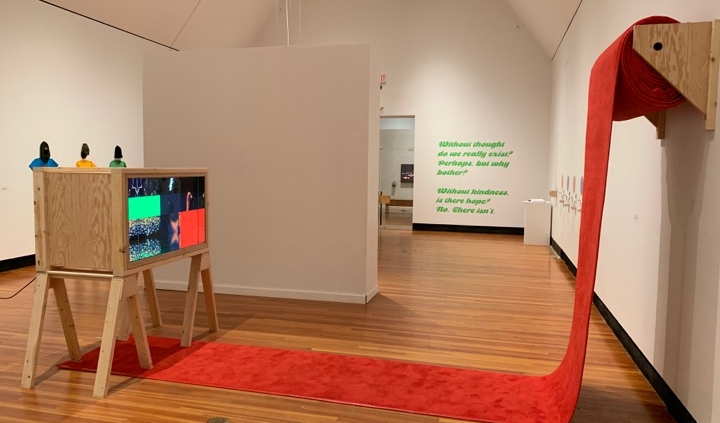 (Dis)Connect embodies the ideas of connection and disconnection at the same time. It is a reflection on a world that has never before been so well connected through technologies. Connecting with others is a strong human impulse demonstrated by two-thirds of the world’s population who possess smartphones*. Nevertheless, intolerance, mass shootings and international humanitarian crises suggest that, paradoxically, we have lost sight of our shared humanity. The work assembled for this exhibition embodies perspectives and commentary that seek to reconnects us with that humanity.

(Dis)Connect incorporates a broad range of media by artists from across Canada:

Working collaboratively, mostly in pairs, the perspectives they offer address uprooting and belonging, the sharing of traditions, treating others with consideration and the consequences of actions in an online world. As visitors considering the concerns and perspectives embodied in this work we enact the simple gesture of making a connection and being receptive to another’s experience and viewpoint. At a time so disconnected from our shared humanity it is difficult to imagine anything of greater significance.

arts - culture - heritage
Get Hands On at the Valley Museum