Rachel Lamming is a relatively new resident of McBride. She originally lived in the United States and moved here with her husband. She does not describe herself as a ‘professional artist’ – she dabbled in art as a kid, but didn’t consider it seriously until later.

Living in the Robson Valley allows Rachel to express herself through art, with the abundant local scenery being a constant source of inspiration. Rachel wants her paintings to show people the beauty that she sees; she considers it her job as an artist to bring out the amazing features of what already exists. The Whistle Stop Gallery is not only a way for Rachel to sell her artwork, but the dozens of other amazing artists and artisans serve as a another source of inspiration and she believes it is crucial for everyone to learn to appreciate art.

“It is important if you can give something of yourself,” says Rachel, whether that be on canvas or through craft. For her, painting is all about self-expression, and she hopes that people in the Robson Valley continue to be inspired and show others the wide range of beauty and talent that can be found here. 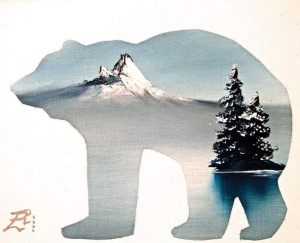 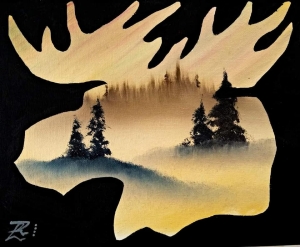 Joyce Godfrey is originally from Nova Scotia but moved to McBride in 1970 and has been in the Robson Valley ever since. In her time here she has become known for crafting beautiful quilts and has watched quilting transform from a necessity into a form of art. Quilting and fabric was not always her strength; she did not learn the skill until after moving to Robson Valley; but the community helped her find a love for the art. Even now she says she is not a sewer, she’s a quilter.

Getting together with others and feeling a sense of belonging allowed people to find strengths in not just quilting, but for arts and culture in general. Over the years Joyce has developed a style and method of creating quilts but is always trying out new patterns. Talking to Joyce it is easy to learn how community connections are built through group activities. She says to all those who may not have considered it in the past to, ‘try it out’ – even for the boys. Having people enjoy and use the quilts is what drives her to keep on creating and experimenting. For this she hopes people start learning it again, and discover a passion for something they might have never expected. 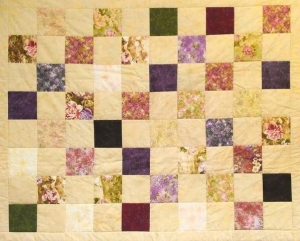 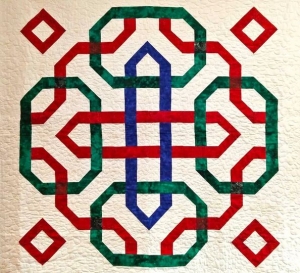 Celebrating Safely with The Exploration Place
Scroll to top